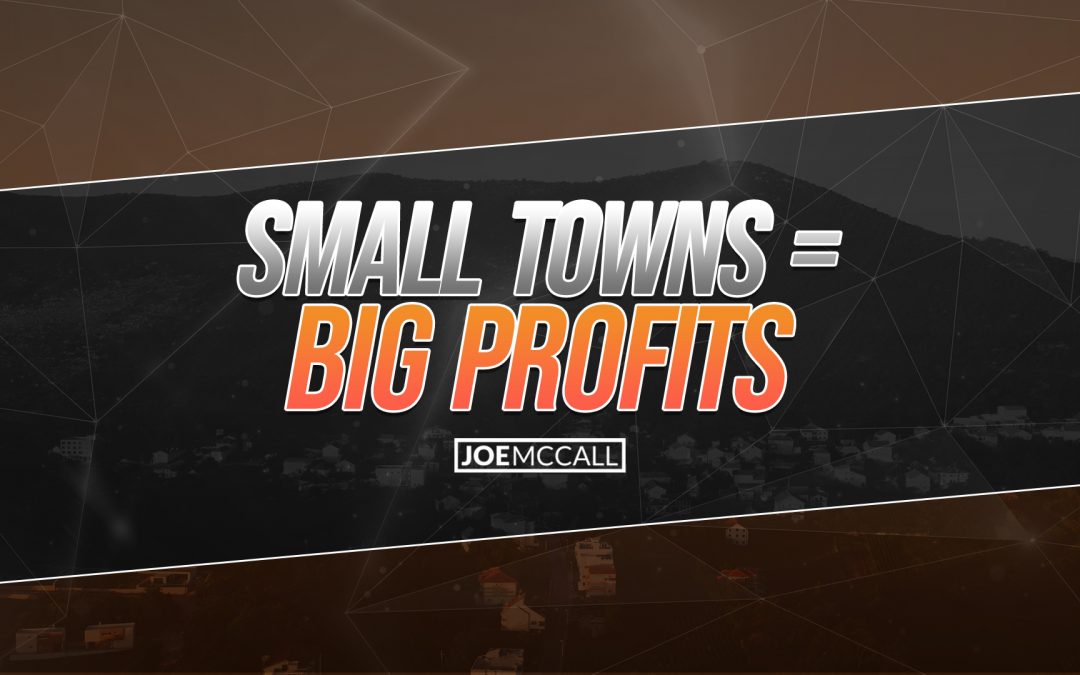 Why does he do that? Because that’s where all the competition is. That’s where everybody is fighting over each other and the sellers are getting tons of postcards and it’s just nuts.

How much competition do you think he has? Very little compared to the bigger cities.

His numbers are good. Yes, he’s spending good money on marketing, but he’s making really good money by negotiating and closing these deals over the phone.

And, he hires a mobile notary to take care of the paperwork. There are mobile notaries nationwide. Pro Tip: He pays them a little extra money to take pictures of the house.

And then he has an inspection, even after they’re under contract.

Look, in small town America, people are different. He can close these deals with just 1 or 2 phone calls. And, most of these homes are vacant. The people have moved out of the town and they haven’t sold their house yet.

Know what another strategy you can do in small towns?

Here’s the thing, you have the whole United States open. You don’t have to do a bunch of direct mail if you don’t have a marketing budget. You could just contact For Sale By Owners and landlords on Zillow and Craigslist by text and email. You will get leads.

What’s on your scorecard?