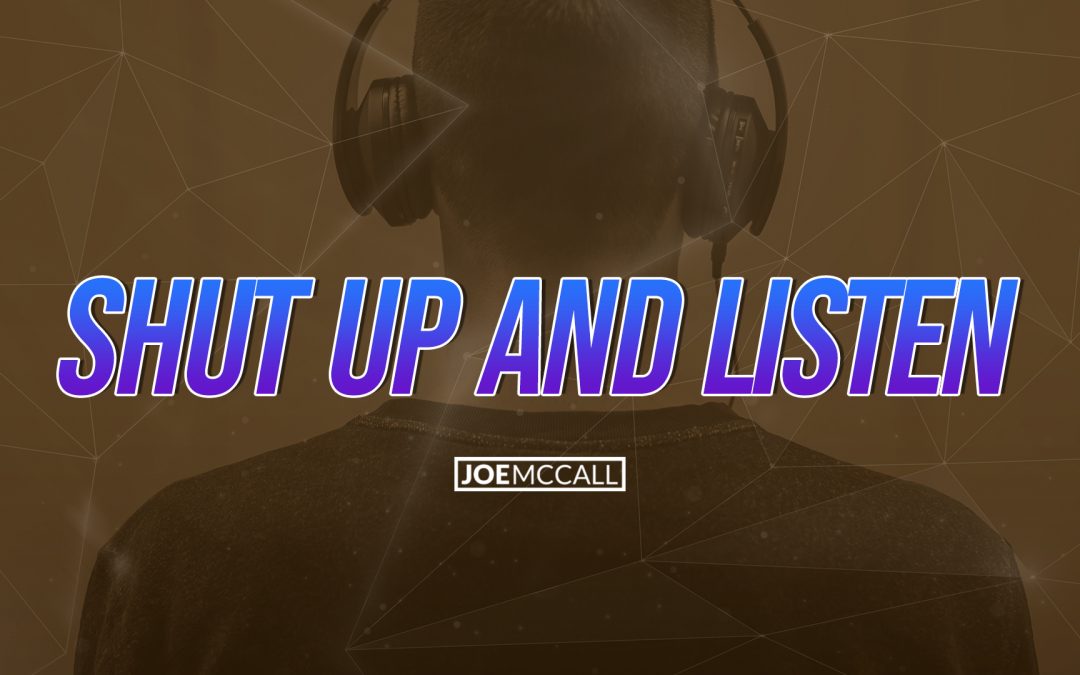 Want to know a deceptively simple way to do more deals?

Two of them actually.

I’m totally serious, and you don’t even have to go out and buy anything new.

To start doing more deals, you just need to…

Shocking, right? I could talk hours and hours about this, but let’s just go a level deeper here…

It’s sounds so simple, but most investors aren’t doing it.

What you need to understand is:

You’re not the hero in the story.

Acquiring a property deal from a motivated seller is not about you. In dealmaker conversations, almost the whole thing should orbit around the (i) seller and (ii) their problem.

So when you sit down with them, listen more than you talk. Focus on their story, their problem, and how you can be the ideal solution for them… not on your fancy credentials, your experience or your big, fat cash offer.

Focus on building rapport, asking questions and really LISTENING to them. A coaching student of mine recently shared with me that he’s typically not afraid to spend a whole hour or even two hours with a seller without even saying anything—just to listen, make a connection and build rapport with them.

Bottom line, God gave you 2 ears and 1 mouth for a reason…so make sure you’re listening at least twice as much as you talk in any conversation with a seller. Put your sellers first, and the profits will follow.

A message I just got from a student named Jeff, who’s been crushing it with over 100 offers in just the past few weeks, in a very competitive Southern Cali market:

Hey listen—follow-up, follow-up and follow-up! You must nurture the relationship over a timeline that is comfortable and works for them… Several of our best deals have taken 18-24 months! As the saying goes, they don’t care how much you know until they know how much you care. Most deals are not a sprint, but a marathon.

Couldn’t have said it better myself. 🙂

And I can’t stress this enough: a simple follow-up system is powerful.

If you don’t start nurturing seller relationships on your non-deals, you’re leaving some big wins on the table, period. Many of our best deals weren’t viable right away, but took us 6-12 months of intentional nurturing to come around.

Really, it might be as simple as scheduling an actual follow-up phone call with a seller, texting them, or even sending them a postcard—whatever—just make sure you are following up. I tell my students, at bare minimum, send a batch of postcards monthly to sellers who didn’t turn into deals when you talked to them. It’s a simple, easy system that gets real results over time.

Oh, and here’s a gold nugget idea for you related to this:

Don’t have any old leads yourself? Ask a fellow investor for their dead leads on a deal-split basis. Then follow up on those!

I am not joking when I say that my most valuable list is a dead leads list. Seriously. You can make a lot of money following up on old leads.

I got this idea from my friend and biz partner Gavin, who told me how he went to his local REIA and said to everyone, “Hey, give me your old leads, and if I bring any back to life, we’ll split it!”

Gavin’s first 100 dead leads from another investor scored him 2 deals he never would have had otherwise.

So there ya go. Two deceptively simple ways to get more deals done…

How To Avoid Doing The Things You Hate