No deals? It’s your fault. 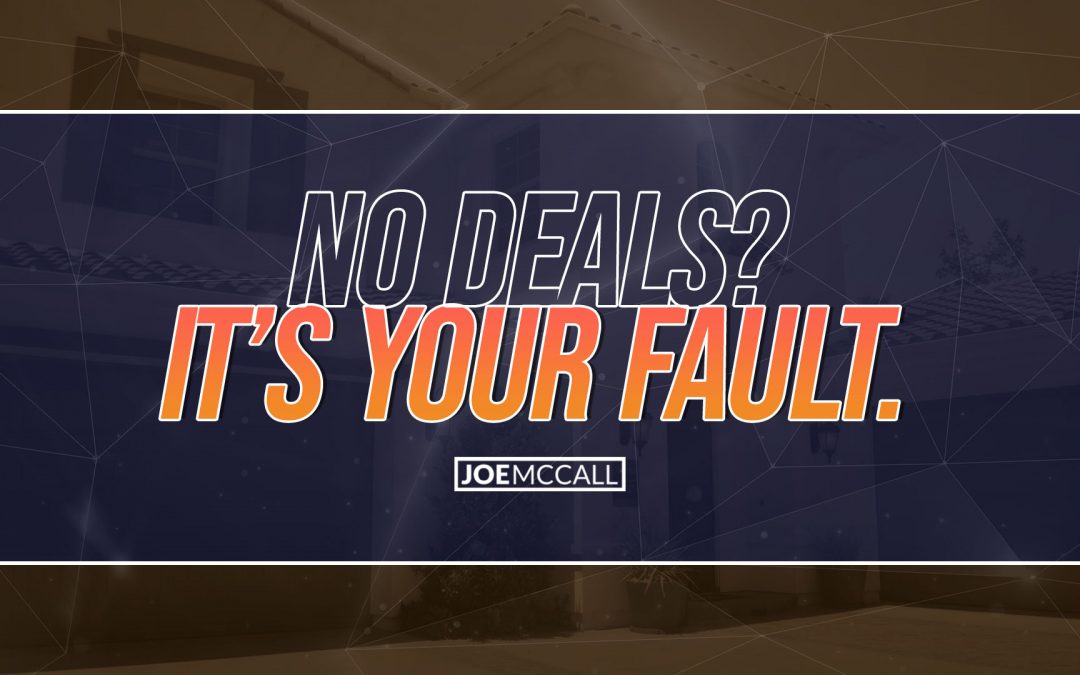 Okay, I have to share an interesting comment that I got in an email from a coaching client…

So this guy is concerned about the fact that I teach about lease options so much. His fear is that, due to my teaching, there’ll be so many investors out there doing lease options that it’ll flood the market and there won’t be enough business to go around. :-/

Welp, here’s how I answered this guy…

Basically, you have no need to be worried about competition. There are TONS of deals out there.

I have a bunch of investor friends in markets across the U.S.—and guess what—they’re all doing lots of deals!

I’ve noticed that the only people who complain about and blame the competition… are the people not doing any deals.

You simply have to do the work—marketing and talking with sellers—to find the deals and the motivated sellers. They are out there… sellers who want to do wholesale or lease option deals with you.

They need their problem solved, and you’re the guy/gal to solve it.

I mean, there’s a reason I coach and teach and sell courses… because it actually works. The people who complain that investing doesn’t work or there’s competition… aren’t taking action on what they’re learning.

If you don’t implement the proven strategies, you’re SOL. (Yep, I said it.)

If you’re not doing deals, it’s because of you… not the competition. 🙁

The point is—saying competition is keeping you from being successful is a lame excuse.

Alls you gotta do is take action.

Marketing, talking with sellers, making offers, following up. Just do those and you’ll be good to go.

1 is the loneliest number