No deal is better than a bad deal 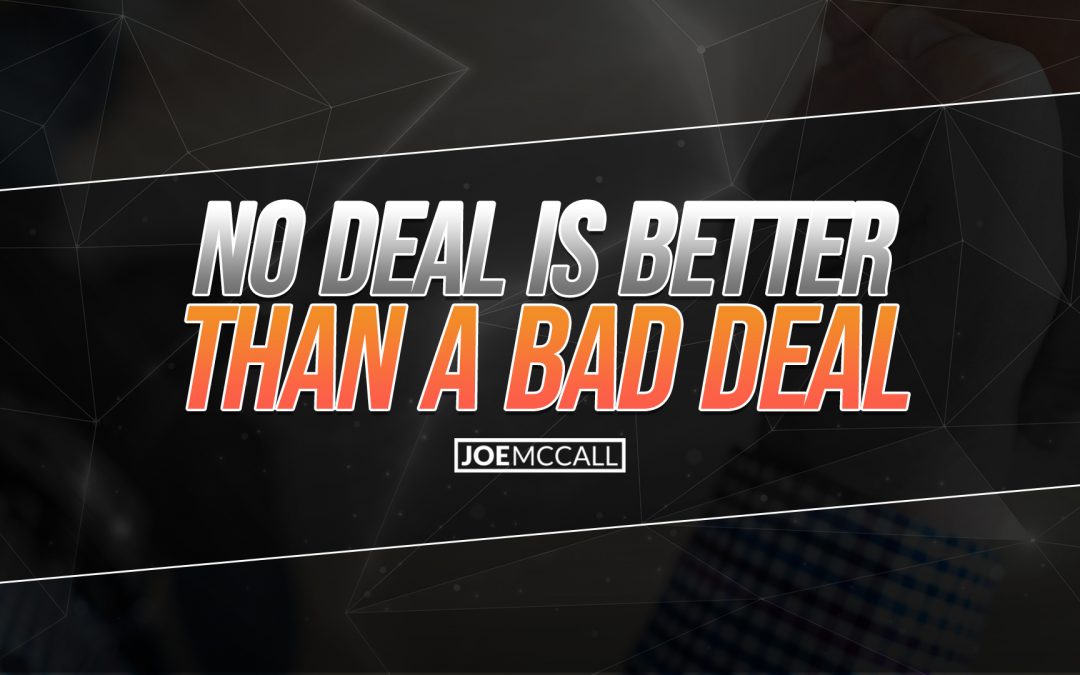 Ever get caught up in a really bad deal?

It sure does suck.

I’ve heard horror stories from people—heck, I’ve even been there—where you’re in the middle of the mess and you look back and wish you’d stepped away and passed that deal by.

Ugh, it’s an awful place to be.

But, in spite of my flubs, or maybe because of them, I am writing a warning for you today: Stay away from bad deals.

They simply aren’t worth your time and effort.

As I was thinking about what I wanted to write here, I thought—what is it that might cause an investor to wrangle around and try to make a deal out of a bad deal?

Well, it’s usually due to a lack of leads.

There’s a scarcity mindset, so you’re pressured into grabbing at whatever comes along… no matter what kind of disaster it could turn into.

The flood of leads comes from ramped-up marketing. When you have plenty of leads because you’re doing plenty of marketing, you can take your pick at the deals you want to do…

It’s SO much easier to then pass over the questionable/bad deals… and keep moving forward, carefully selecting only the good ones from the bunch.

Marketing that turns into leads is the answer. Good lead generation turns into deals.

No deal is better than a bad deal. I assure you.

Bet you haven’t thought of this way to get buyers

The principle of Momentum