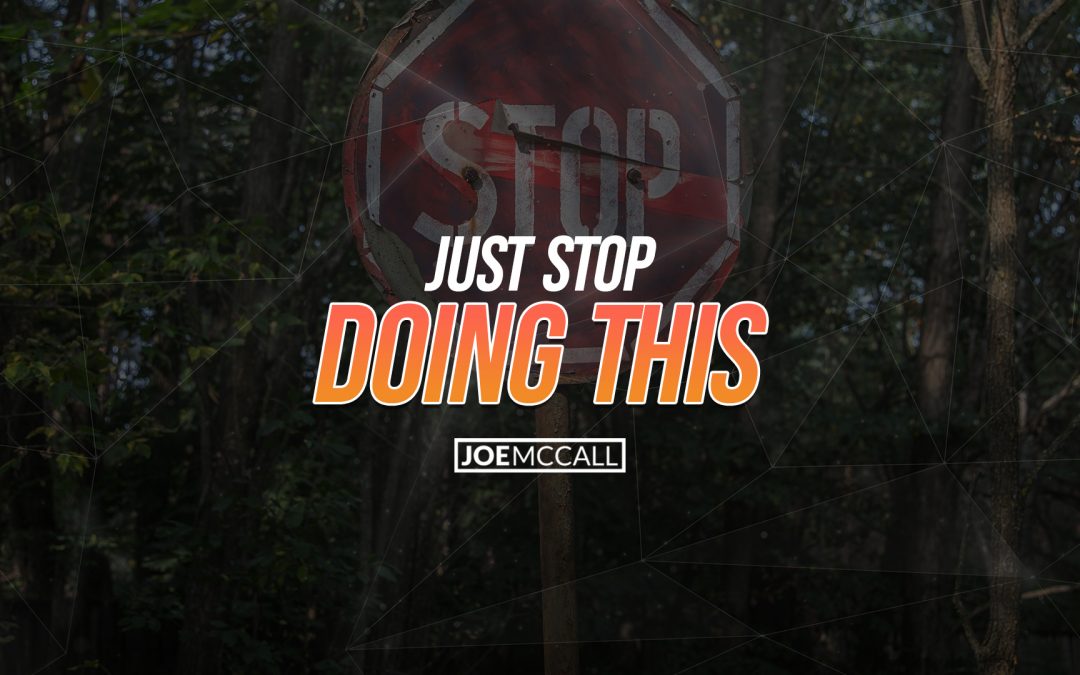 Okay, fair warning: Today’s email may sound like a rant, but I’m trying to stay calm…

You know what I’m talking about… we’ve all seen that guy or gal at the restaurant who’s complaining to the waiter or someone’s at a store barking at the sales associate, and you’re thinking, ‘Jeez, what an idiot! That guy looks like a complete doofus.’ No matter how right he/she is… there’s just no need to spew ugliness. Why would you want to act like that in public?

And then when we do it, we don’t realize how nasty we’re being. :-/

So, I remember doing a podcast about this. It was called “Wag More, Bark Less.” I’d seen that on a bumper sticker. And it just really hit me — in a good way.

We all need to be doing that.

So, I want to do my best to be a blessing to other people.

I realized, if they complain about this tiny thing, they’re going to complain about anything. There’s always gonna be people who complain… and because I’m in the information business with podcasts and these emails and products and coaching — I’m going to get a lot of complainers. And that’s just the way it is.

And, I may be wrong, but the chances are from 9 out of 10 people, the answer is none.

But, I’m not going to do that.

Here’s the thing, just the other day I was complaining to the air conditioning company. Then I tried to be super nice, but I just felt yucky and dirty. They ended up taking care of the problem a couple of days later… but, I could have and should have done it in a much nicer way. It may have been justified, but I can approach it in a better way.

My wife is great about this. She really doesn’t complain, and she politely stops me from doing it too. I’ve learned a lot from her.

So, let’s all wag more and bark less — stop complaining about the little stuff and start focusing on the big stuff: How can we be better people? How can we share more?

And, if you do the stuff that a coach teaches and it doesn’t work, then you have a right to complain about it, but in an appropriate way.

Look, my courses and programs do work.

So, I’m speaking to everybody. Let’s take a step back, let’s humble ourselves a little bit and let’s stop complaining. Be mindful of it and train yourself to not be a complainer.

Start being more grateful and appreciative of what we have. We’ve been blessed to be a blessing. Force yourself to be positive. It’s catchy. You and those around you all benefit from positivity.

And, know that I appreciate you very much.

Your marketing plan should fit on a napkin

This Must be Managed