Just do what frickin’ works 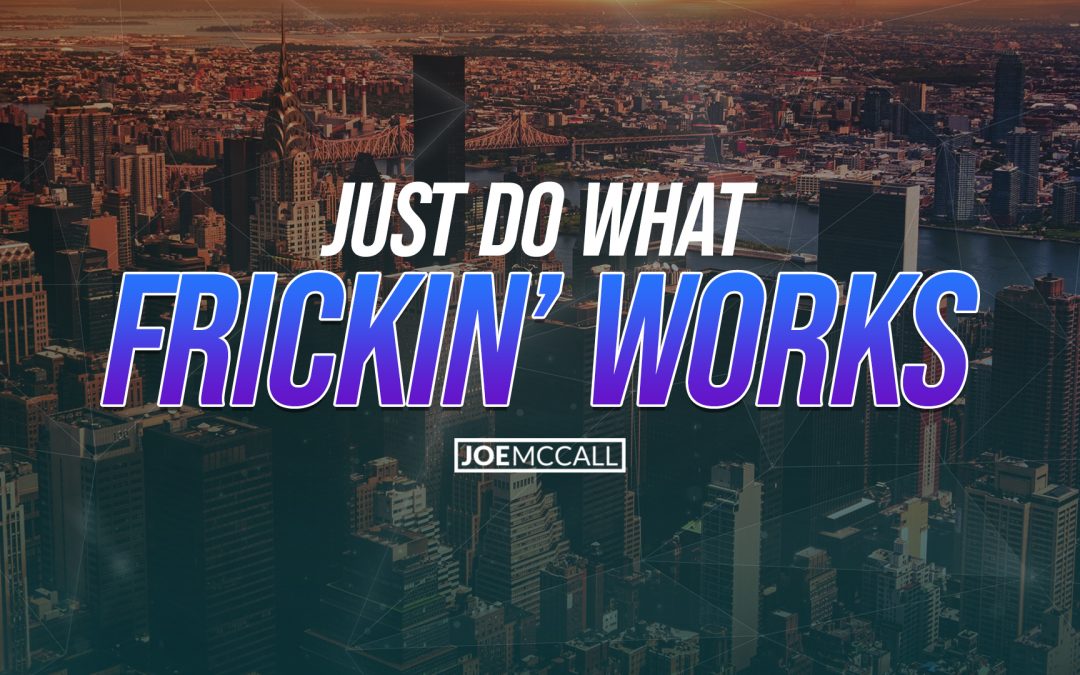 So, consider for a moment that someone paid $1,000 for an awesome cookie recipe. But, once they had the recipe with the exact ingredients and measurements, and the order to mix things in, and the oven temperature—instead of following it to the letter, they kept changing it because they thought “they knew better.”

Because this is what I see sooo many real estate investing students doing.

They pay big bucks for courses but fail to follow the instructions and try to change things. And usually, it’s because they think they know how to do things better than the seasoned expert who created the course.

Because the guy you bought the course from knows what works because he’s been doing it for years. And he’s probably done thousands of deals.

Look, I was guilty of this too.

The first 3 years of my investing career, I had failure after failure, which caused major frustration—all because I failed to follow directions.

So, I finally decided to follow just one guy’s course and do exactly what he advised, whether I liked it or not…

I followed his recipe exactly and… it worked!

I had spent $30,000 over 3 long years on course after course, mixing and matching their strategies, unsuccessfully.

When I finally followed 1 strategy, exactly as it was taught—it was only a $495 course—BOOM! Finally, I started doing deals.

Look, if you want really delicious cookies, follow the recipe. Don’t put macadamia nuts in it if it calls for chocolate chips.

If you’re just starting out and you haven’t done a deal—you simply don’t know what’s best.

Do it, without changes, because it works.

Now get to it.

Do these 5 things to stay motivated