Is wholesaling really complicated? (Hint: NO) 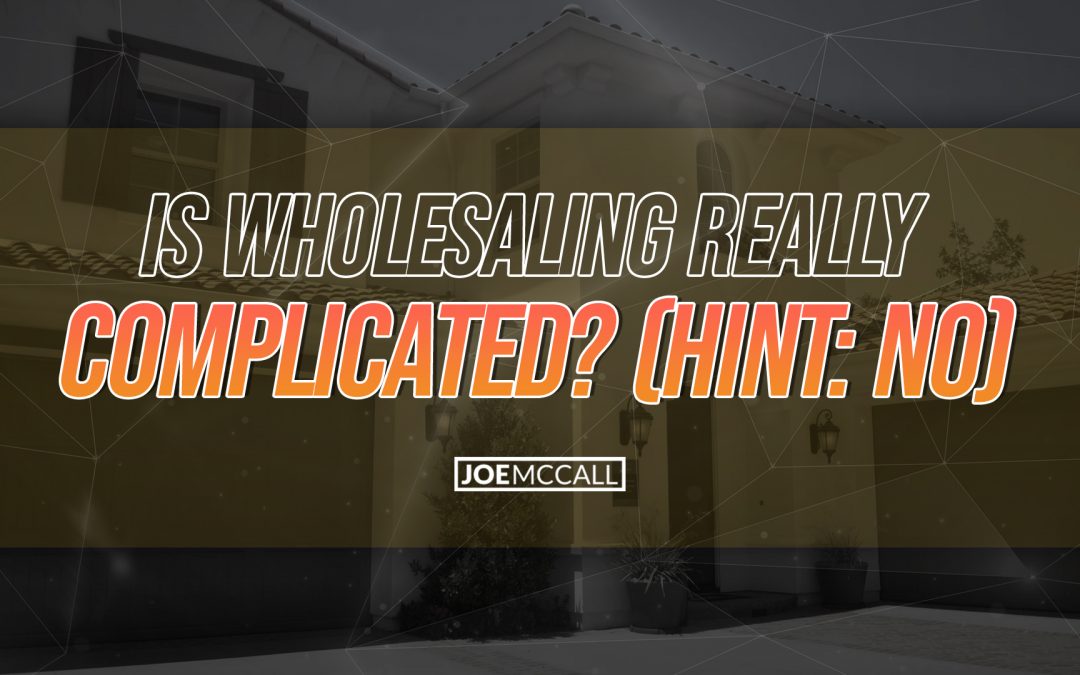 A question I’ve been asking myself lately:

Why do so many people who want to wholesale houses, struggle just to get started?

Well, here’s one thing I know:

Lots of people think, ‘I can’t do this,’ and ‘I’ll never get it right,’ and because of that negative mindset, they never end up actually going out and doing deals.

My philosophy is just do it, take action, learn as you go, fail forward…

“Wholesaling is simple, wholesalers are complicated.”

Wholesaling actually is actually a very simple to do process.

Enough with the courses and webinars and seminars…

See, what I think prevents people from taking action, is fear of the unknown.

Sure, if you haven’t done any deals yet, the process might seem daunting, but it really is a simple process.

I remember when I closed my first deal, I thought, “Whoa, I got this check and that was all I had to do?! Awesome.”

And all I’d done was send out some marketing and make an offer.

In fact, on my first deal in 2008, I was SO nervous to call the seller back, she actually reached out to me a couple times before I spoke with her. (I definitely could have lost that deal.)

…AND THE SELLER ACCEPTED.

Just like that. (She was in a bad place & needed the money, so a motivated seller.)

Then, I got super nervous about meeting with her… and what contracts to use… and how to market the property to sell it…

But do you know what I did?

I simply called my coach and he helped me with the next steps.

I ended up selling to another investor—with some help from a Realtor and a title company—for $65k. Not too bad for my first deal, right?

Here’s my point: WHOLESALING IS EASY.

Don’t take ‘no’ for an answer. Get the naysayers and ‘yeah, but’ people out of your life.

If he had stopped at the first ‘no’ he got, he’d never have done a deal.

Don’t let anyone tell you wholesaling can’t be done.

Don’t listen to the Negative Nancy people—the ones who just complicate the wholesaling process. It’s NOT complicated!

And, rid yourself of the limited-thinking mindset—you can really do this.

I mean, just think of my first deal—I was scared and I was green. But I just did it anyway.

And it proves that action comes first. It also proves the point that wholesaling is easy. I couldn’t believe how easy it was.

So get out there… and do it.

Why aren’t you sending offers to EVERY lead?