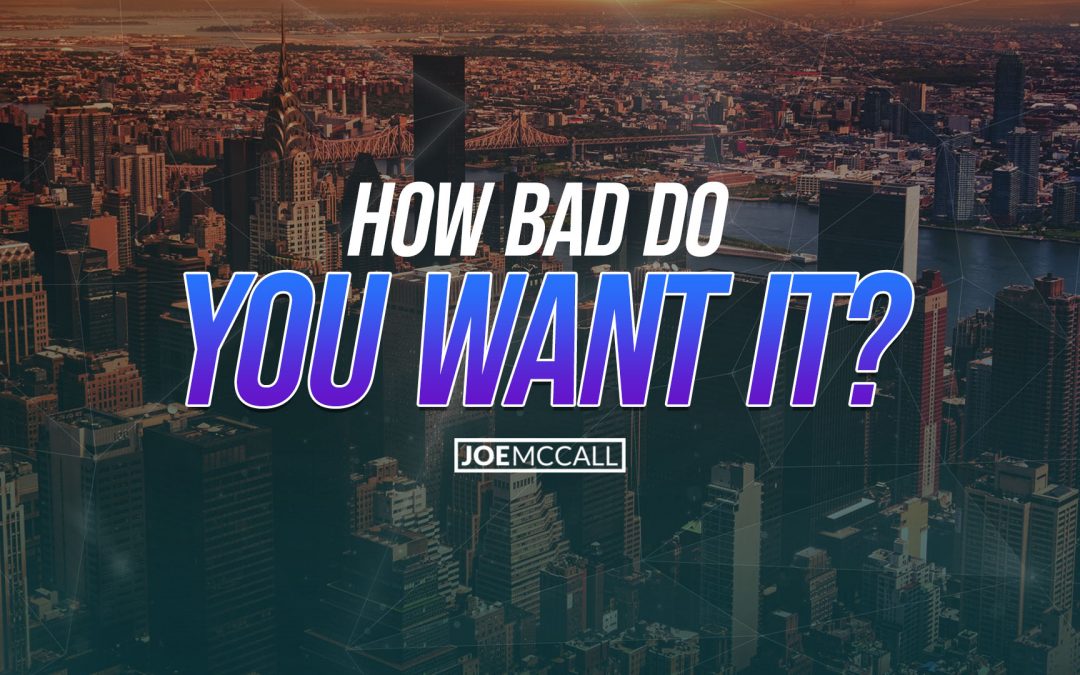 I have a question for you…

So, I was chatting with him and he was wondering how he’s supposed to advance his investing business when it’s super difficult because he’s on the graveyard shift—he works overnight and sleeps during the daytime.

In his mind, there was no available time to work on his business.

And I get it… sure, that certainly makes things more challenging.

But it’s still doable. I told him he simply needs to focus on the 4 basics:

I told him to forget about all the other stuff and just do those 4 things.

Well, I suggested that while he’s on a lunch break at 3am, he can hop on Craigslist and send emails to sellers or Realtors. I also said he could send a few text messages from Zillow leads before he headed off to work at 8pm. That’s the marketing.

If the next step is talking to sellers, which he can’t do overnight when he’s awake… then he has to make time during the day and take a little time away from sleep.

Sucks, yes… but I asked him again: How bad do you want it?!

Look, I’ve been there, I get it. When I first started in REI, I still had a J.O.B. and I had to make time for my investing despite working 50–60 hour weeks. What did I do? I called sellers while I was on my lunch breaks, and I also called them on my drive home from work.

Eventually, I got someone else to do that for me—which is also what I suggested to my student.

See, it just so happened that I had a friend who didn’t have a job (he wasn’t unemployable, he was just in between jobs). I gave him all the training courses I had bought, so he could the industry.

Then, I did the marketing and he talked with sellers. We split deals 65/35. And it was great! Then I hired a Realtor to join my team to market my deals.

Finally, after several months, my business had momentum. 🙂

So, I told all of this to my student, and I said that if he doesn’t have time to do the 4 basic investing tasks, then he needs to get someone else to do them for him…

If he can’t put out bandit signs as the marketing, he can pay someone super cheap to do it for me. He can hire a direct mail company to send out yellow letters.

My point in all of this is… you’ve got to get creative if you want it bad enough. Get the wheels spinning in your brain.

Look, if you want it bad enough… you can always find a way.

Do whatever it takes.