Have your VA do this NOW 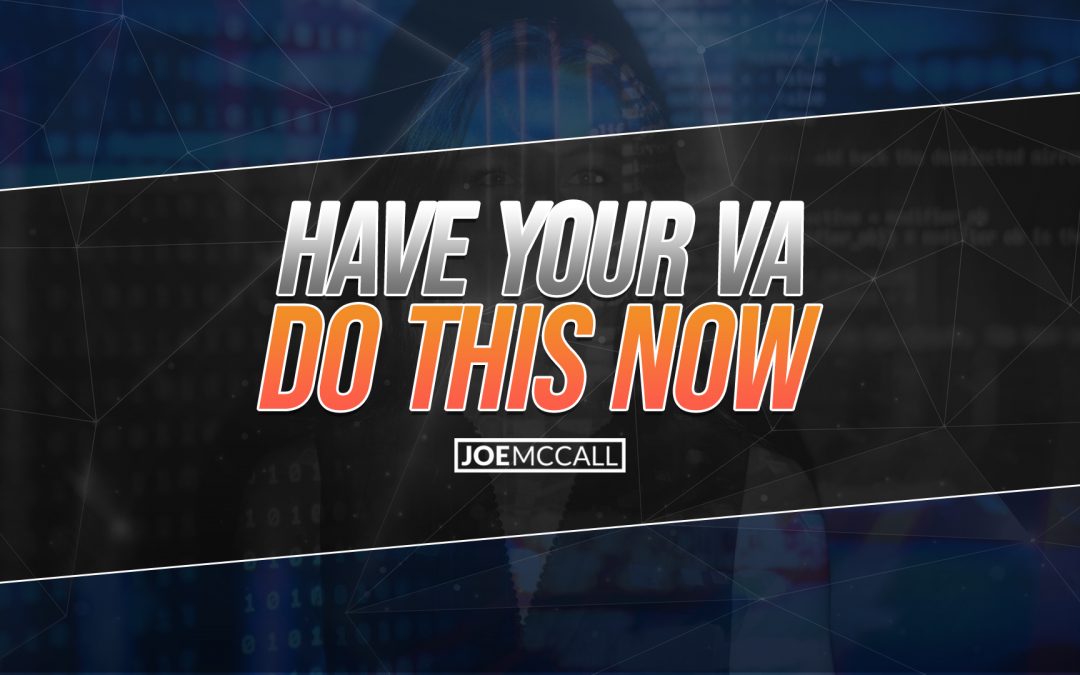 I’ve got a cool idea that I recommend you do…

It’s about getting more stuff done and dusting off of the REI courses that you’ve bought in the past.

Maybe you bought a course that you never even opened… or maybe you looked at it at first, with that exciting momentum but didn’t get far with it. When the shiny new object adrenaline faded, you let it go.

Well, you hire a VA to go through it for you. BOOM!

Let me give you an example: I bought a course on how to bid on HUD properties. Then quickly forgot about it. Eventually, I went through it, and it was still relevant. Then I thought, I need to implement this, but where on earth am I going to find the time to do that?

My assistant was going to do it. I asked her to go through it, then take action. We met once a week so she could update me on her progress, show me her summary report and details about how she’d implement it.

I gave her the goal of creating a standard operating procedure, SOP. Just 3 weeks later, she was getting it done:

And, we did get a few deals from it!

We actually found some new good buyers who were looking for more deals in that process, too. Then, I just let her go and bid and do deals. It was great.

Then, I found some people who wanted to get into real estate and partnered them with my other VA. The courses were more in-depth, so it took a couple months. But we began meeting, they’d teach me what they learned and created SOPs, contracts, checklists, scripts — everything that we were going to use.

Fast forward a couple of years after that, we’d done 25+ land deals.

How many courses do you have sitting on a bookshelf, collecting dust? Can you do something with them? Who can implement it for you?

How’s about you hire a full-time virtual assistant to be your “course implementer.” You can find a full-time VA at VirtualStaffFinder.com for $500 bucks a month. That’s $6k a year.

Do you think 1 VA in 1 year’s time could do at least 1 deal for you, which would pay for themself? Yes! And, chances are, it’s going to be a lot more than just 1 deal.

You can get crackin’ on this now, in just 2 easy steps:

How to Make a Sandwich Lease Option Offer