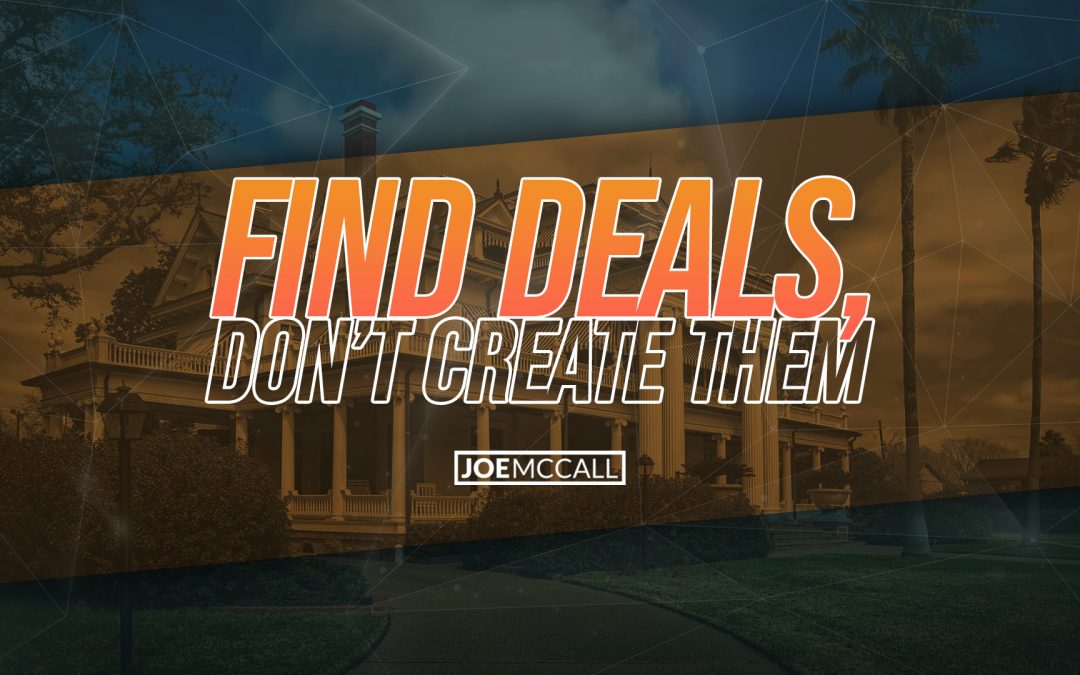 Ok, I can’t take credit for what I’m sharing today… props goes to my buddy and fellow investor, Tom Krol.

It’s some of the best advice I’ve heard in a long, long time.

It’s about avoiding tiny deals and not being happy with smaller profit deals.

So, I can talk about my second acquisitions manager as a solid example of this. He had another job, but it wasn’t paying enough, so I hired him part-time. He was doing great, making $2k on every deal. And he was very happy with that amount.

He ended up doing wholesaling on his own, averaging 100 deals a year. Yeah, he’s doing just fine.

See, sometimes when wholesalers are first getting started, they’re happy just to make a couple grand. But then they get comfortable or their expectations start lowering, and they think, ‘Well that’s what everybody’s making.’

That is NOT what everybody is making.

If you go to the real estate clubs and people say: “You can’t wholesale and get more than $3–$5k on a deal, it’s impossible.”

Walk away. That’s definitely the wrong attitude to have.

Tom tells his students: “If you’re not making at least $15 grand — don’t get involved in the deal.”

Here’s the thing… it’s not about the money. It’s about raising your standards and setting your belief system higher.

#1: Avoid tiny deals. You must have deal size limits that you’re willing to walk away from.

#3: When the seller knows you are not negotiating and willing to walk away, the deal size magically goes up.

#4: When you spend time on the small deals, you become a deal creator, not a deal finder.

Don’t ever be the motivated buyer — when you try to turn a non-deal into a deal just so you can make a couple thousand dollars, you’re asking for trouble.

Deal finders have a business that runs without them, and they enjoy life.

Deal creators are frustrated with a roller coaster income. They have a job they cannot delegate. They’re always working.

Here’s your action step: Write down your minimum deal size right now. If you’re in a deal where you’re going to make less than that amount, walk away, do not negotiate.

You pick the amount…

$2,000 is a great amount, if you’re just getting started. If you’re a seasoned pro, go much higher. Whatever you pick, just make sure you’re willing to walk away from the deal if you’re going to make less.

When you start shooting higher, you will start finding those deals… and when you’re willing to walk away, there’s real power in your negotiating.

Is your biz future-proofed?