Don’t be a cheapskate! 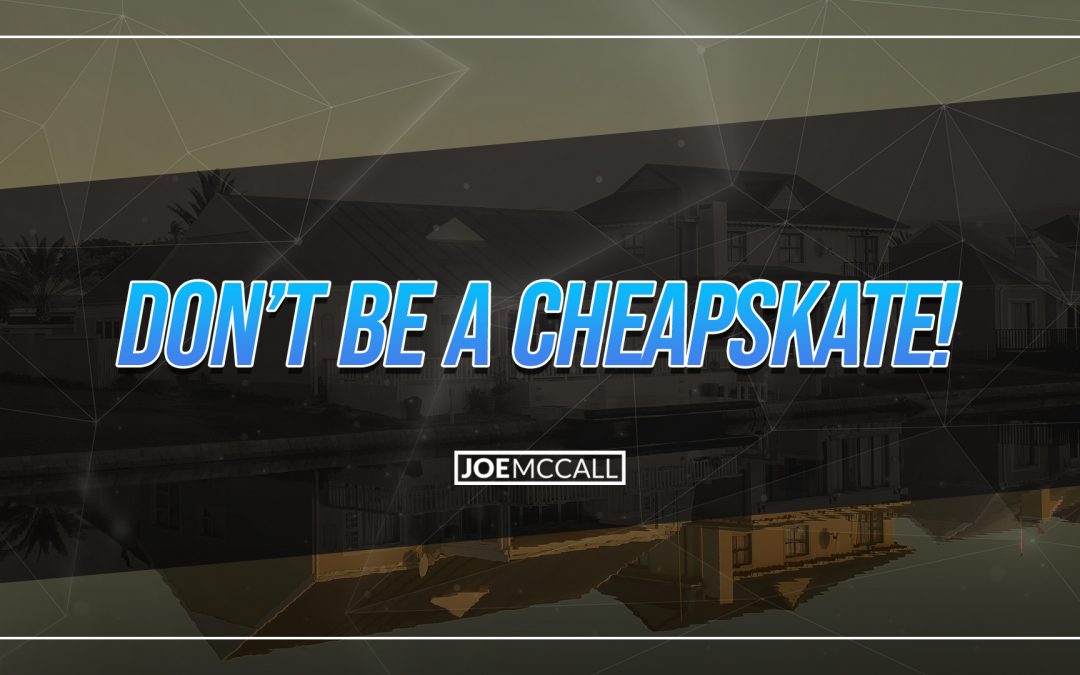 OK so, if you’ll indulge me, here’s something that really gets under my skin lately:

Don’t you hate it when someone tries to get a discount on something just because they’re a friend or relative?

You know, like they expect a ‘Family & Friends Discount.’

Well, I call these people cheapskates. I don’t think it’s okay to expect a discount just because someone’s a friend. It really bothers me. :/

It’s just not cool to be cheap and take advantage of friends and family members like that. (Now if they offer a discount, that’s completely different.)

I’ll admit, though, this isn’t a foreign thought for me…

I remember getting this quote from a landscaper who goes to our church. I thought the quote was a bit high and contemplated asking him for a better price.

Then I came to my senses.

I realized I could bless him…

So, I flipping the script in my head and really hoped he enjoyed earning great money from me, his friend, in return for a job well done.

After all, a lot of times you get what you pay for, and had I searched for a cheaper quote, maybe the work wouldn’t have been as good.

And consider this too…

If he’d given me a discount, would we be friends afterward? Or, would he resent me a little and think I used the “friend card” so I could be a cheapskate with him?

> HOW THIS CAN RELATE TO YOUR REAL ESTATE ENDEAVORS <

If a friend brings you a deal, don’t nickel and dime them—don’t be that guy just because he’s a friend.

And if someone does that to you, then you don’t need to do business with them. Just take your opportunity elsewhere.

Sometimes, a wholesaler will insist on knowing exactly how much commission you’re making.

Because they resent you making a good profit.

But that’s how the business works—we’re rightfully entitled to profits from each deal.

Remember: Don’t be that guy!

I’m always trying to do the right thing when I do deals, and especially with friends—to not take advantage of our relationship and treat them as any other investor, fairly.

Can’t afford marketing? Do THIS instead…