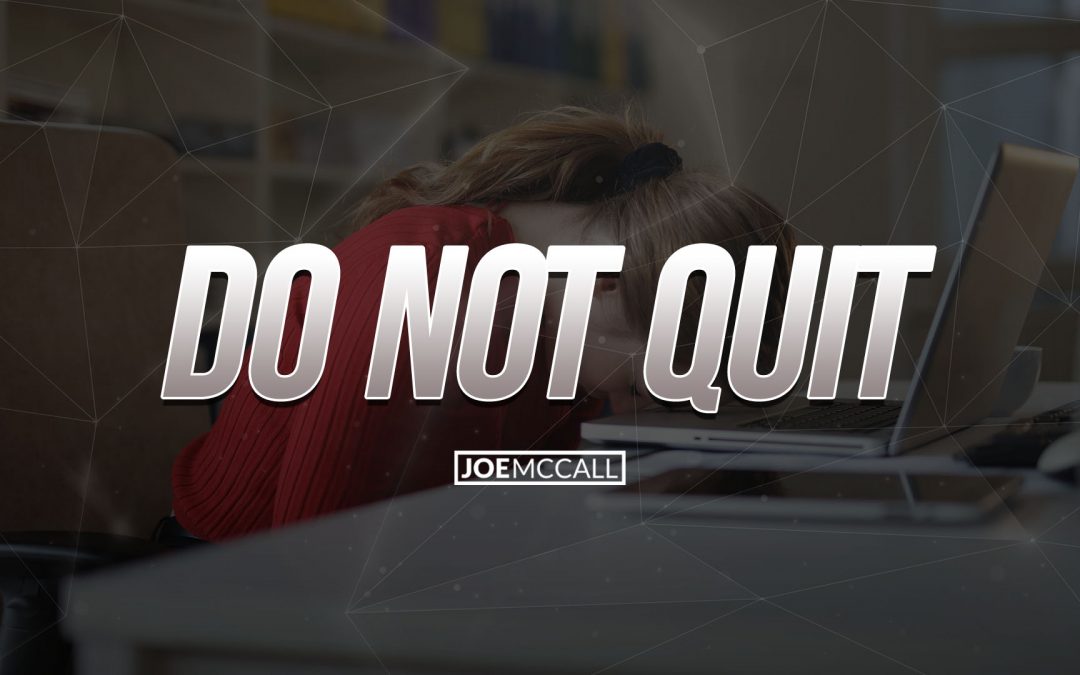 Ever heard of the term “bullroar”?

Go back a few years with me—okay, who am I kidding, several years. Wayyy back when I was in college studying to become an engineer. I had a professor who was an ex-marine drill sergeant, so quite good at yelling. And bullroar was his favorite word to yell at us when we made excuses in class. :-/

Honestly, that’s what I want to yell sometimes when I hear people moaning and complaining—saying this business doesn’t work and making excuses instead of just getting out there and taking action.

But, I’m not the yelly type and most people aren’t receptive to being yelled at anyway. Understandably.

So, I recently had a student text me saying he was feeling down and having a hard time making deals work. Instead of saying bullroar, I texted him telling him not to quit.

He was doing everything right, he just needed more time. He was this close, so I told him not to give up. He was making good progress.

Turns out, that is what he needed to hear—that encouragement. And he was able to press on and keep working at it.

My point is: Stop the whining. Stop the excuses. Hustle and work hard. Fail forward.

If you’ve sent 100 yellow letters or 1,000 postcards and nothing has happened… well, duh. That’s not enough…

This is not a hobby, folks. This is a business.

You need to give yourself a 3–6 month commitment AND $5k toward marketing just to get started.

No money for marketing?

That’s NOT an excuse either…

Text messages, voicemails and emails are all FREE.

Heck, check this out—I know of a guy who had no marketing money and he’d rummage through trash bins to find bandit signs that Code Enforcement had taken down, and he rewrote his info on them. That’s free. And that’s how bad he wanted this.

Look, this works. Do your marketing. Make offers. Follow up.

And keep your head up. Don’t get discouraged.

This is how to do deals the easy way