Are you rabbit ears on? 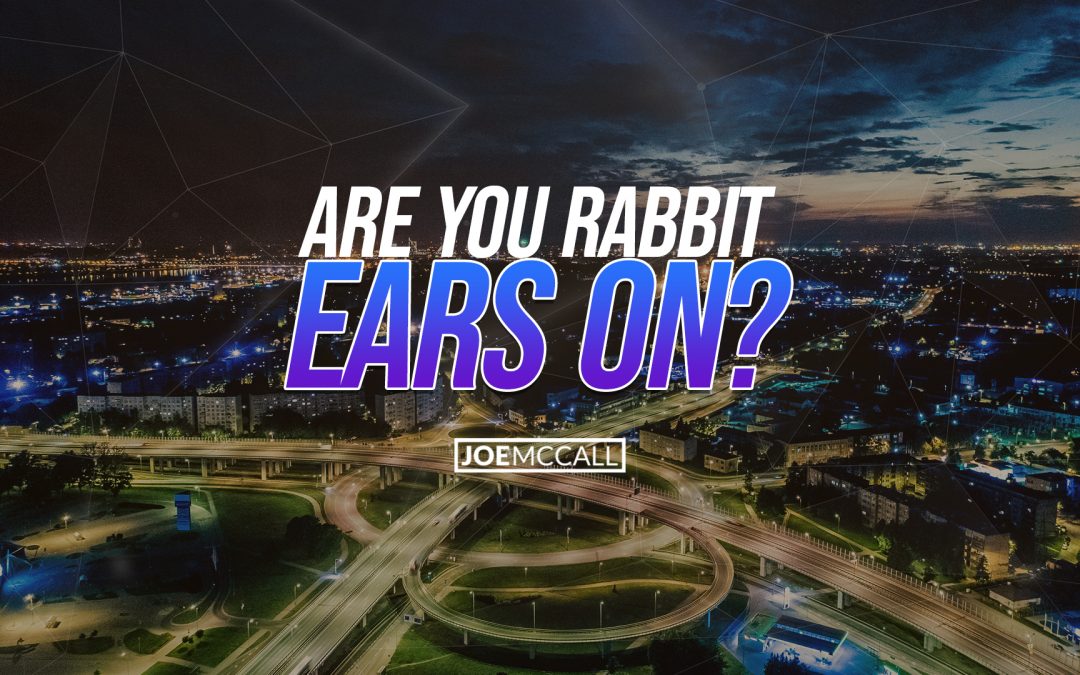 Do you have your rabbit ears on?

No really, that’s a thing…

Okay, so maybe some of you are too young to know what I’m talking about—rabbit ears refers to the antennae that people used to put on top of their TV sets (back in the day) in order to get better reception.

And what I mean by that is… always be in listening mode.

I was in the airport and ended up having a random conversation with a lady. It proved to me once again that as investors, we always have to have our rabbit ears on, because private money investors can pop up out of nowhere.

To be honest, I really just wanted to sit there and read a book on my Kindle, but this nice lady kept right on talking. And talking. And more talking.

But! It was so worth it…

As we chatted about our families and kids and dogs… she mentioned she just came into a bunch of money. Aha!

So that led me to telling her that I buy and sell properties and I was able to ask some leading questions… does she want to be a landlord, has she thought about being the bank, etc.

She seemed interested in what I was sharing, so I gave her my website and phone number. Maybe after she and her husband have a look, they’ll call me up and become a new private money investor for me.

My point in all of this is: Opportunity is everywhere!

What if I had just thrown my face in my Kindle and not chatted with her? What if I hadn’t really been paying attention to what she was saying?

Well, that would have been a missed opportunity. Perhaps a costly one.

Word of Warning: You are not allowed to solicit for private money. So, you have to be very careful in how you word things when talking with someone who might become a potential private lender.

So when someone asks, “What do you do?” always be ready with an answer that will present you in a favorable light as someone who can help put their money to work with good returns.

“I’m in real estate, and I work with investors to place their money into houses that earn pretty consistent returns on their money.”

Then, you could even tell them about a deal you’re doing right now…

“We’re going to make about $30,000 on this deal… fixing the place up… in a good school district… working with a private lender and they’re making about 7%-8% on their money, which came from their self-directed IRA…”

Just have a chat—a regular conversation.

Or check this out, I know a guy who intentionally drives out of his way to a Starbucks because he knows wealthy people happen to frequent that location. He chats people up casually and talks about deals on the phone and the returns his private lenders are getting from him, where people can hear him…

He says nearly every time, as someone is walking out, they’ll drop their business card on his table and tell him to call them about doing deals.

Pretty genius if you ask me.

Here’s another good one… I know another guy who says when he’s hanging out with a group of people, he opens a conversation like this:

“I just came into some money and I’m looking to invest— you guys have any ideas?”

And usually, people will start complaining about bank rates and CDs and money market funds and poor returns…

So he says: “Oh, well I’m already doing better than that with 7%-8% returns with my loans I’m doing in real estate.”

And then of course, usually the people want to know more.

I encourage you to be friendly—and keep your rabbit ears/antennae up at all times to get the best reception. 🙂

This is how to talk to sellers

You MUST be clear