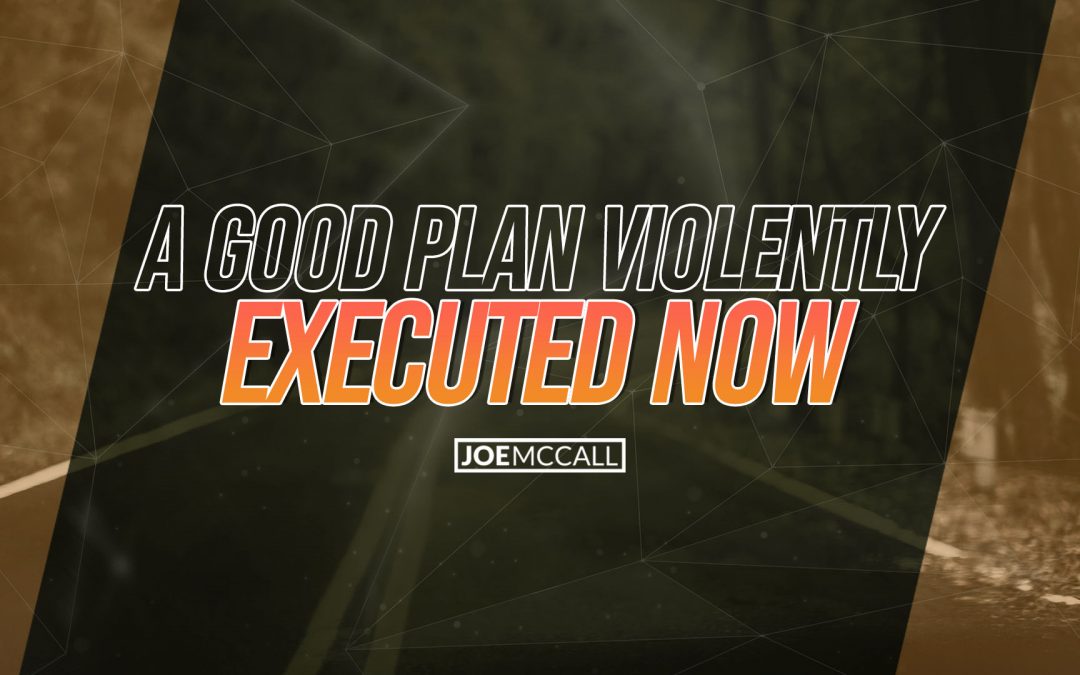 So, I’ve heard this General George S. Patton quote before, but someone recently brought it to my attention again. And I can’t help but see the clear correlation with how I teach about the real estate investing business:

“A good plan violently executed now is better
than a perfect plan executed next week.”

Another way to phrase this (which you’ve heard me say many times) is:

So, this idea was brought home to me once again when a student asked a far-fetched “what if” question during a coaching call. He asked about doing deals in another country and certain legal issues that might come up because of that foreign country’s laws.

Those types of rabbit hole anticipatory questions will slow you down and bring you to a standstill.

Look, I’m not pointing fingers because I used to do the exact same thing. It took me 3 long years to man up and finally take action on what I had learned from REI courses. I was afraid. Fear and the unknown held me back.

You simply have to get rid of “what if?”

Instead, focus on “what next?”

I assure you, you’ll go so much further faster. 🙂

Just do 1 step at a time. There’s no sense in freaking out about step 7 if you haven’t even done step 1.

Lemme through a quick example at you…

Let’s say you do some marketing and get a deal under contract. (Yay!) Then panic sets in because after a better look at the property, you realize your numbers aren’t working. (Eek!)

You just renegotiate the contract or cancel it. That’s why we include clauses and contingencies in contracts—to protect us.

And you know what else, if that happens, you’ll learn from it and do better next time.

Look, this is a business of progress not perfection.