10 Pro Tips for a Competitive Market 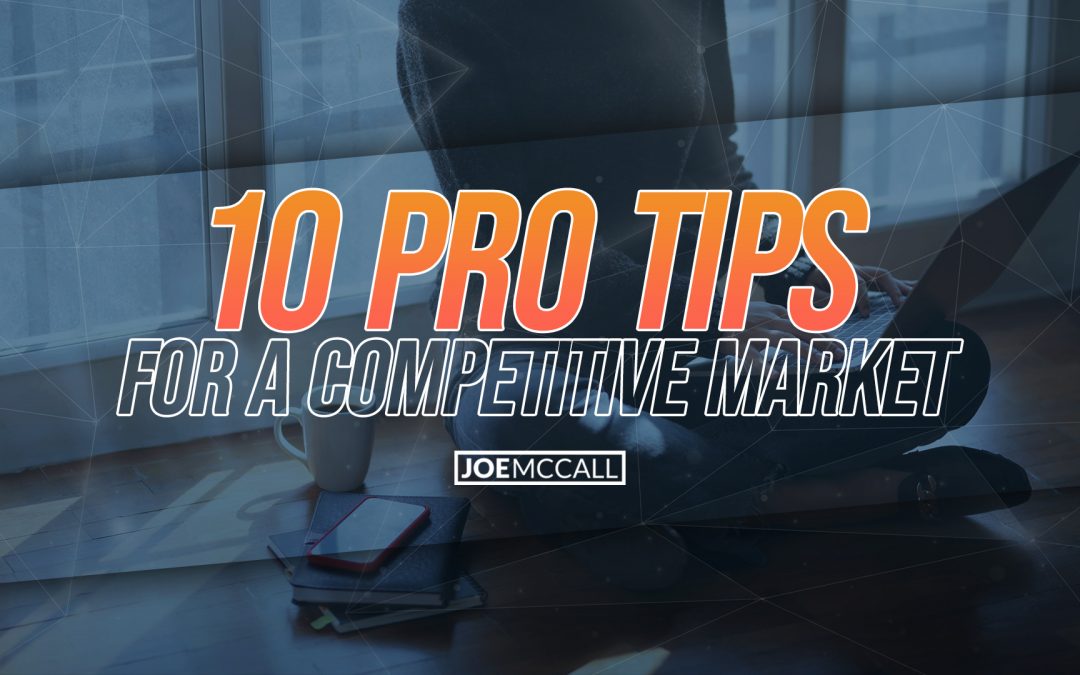 Have you ever thought that your market is super competitive?

If so, you’re in good company.

I hear from so many investors and coaching clients who struggle with this. In fact, I recently had a coaching call with a student of mine about this very topic…

And here’s something I always teach, and if you listen to my podcasts you know I say this: You can do deals anywhere in the world.

I’m doing virtual deals in several markets and that works for me, with the help of my Automated Wholesaling System. 🙂

But if you want to invest in your own backyard and you think your particular area is too tough or competitive, know this…

Every market is competitive—some more or less than others.

But, this is something you can overcome…

Want to know how to make it work in one of the more competitive markets?

Do what you’re competition is NOT doing.

Do something that sets yourself apart. Figure out what your competition is doing and do the opposite.

Get laser-focused on a super small area that has high demand.

You simply need to find an area where investors are active and target those few zip codes.

Ask other investors or use ListSource.com. Focus on a handful of hot zip codes (no more than 10).
You can also Google “city, state + heat map” to find some sought-after zip codes. Or even look for heat maps on Trulia.

Hardly anyone is doing this!

If you’ve done a direct mail campaign and you get returned mail sent back your way, skip trace those.

There are a bunch of sites that do skip tracing, but I know lots of people who use this one and I’ve heard it’s good: FindtheSeller.com

This is a big one for me… in fact, I recently wrote an entire email about answering your dang phone.

Try this: Every time you don’t answer your phone, take the money out of your wallet and throw it away.

Sounds harsh, I know… but that’s exactly what you’re doing if you don’t answer the phone.

After a DM campaign has gone out and sellers call in, if the investor doesn’t answer, they’ll leave a message. If the seller is lucky, they get a call back from the investor in a couple days.

The deal will be gone by then.

Here’s some cold, harsh truth you need to hear:

If you let the call go to voicemail, you’re wasting money on marketing.

Absentee owners lists are pretty popular, so find different ones.

Mail to the lists nobody else is mailing to:

Personally, I really like high-equity lists. You can get them from FindMotivatedSellers.com or ListSource.com.

Pro Tip: Everyone mails to absentees. So, if you do too, when you get the returned mail, skip trace it.

Sometimes, you can’t get lists online, and you actually have to go to the county courthouse.

Find the hard-to-get lists (like code violations, for example) and send out a DM campaign.

Pro Tip: I hired a Fiverr contractor to scrape all the property records he found online in my county. Then he pulled all the individual records that did NOT have a sale date. Why? Because it gave me access to what were likely free-and-clear properties that aren’t showing up in other investors’ direct mail lists. When you find properties that don’t have a last sale date (i.e. that section is blank) those are gold mines!

Hardly anyone is doing this…

Make an offer on every single lead that comes in!

Mail the offer or send it in an email.

So, some investors are following up…maybe once or twice.

But 80% of the results come after the 5th or 6th or 7th touch. But most investors aren’t making that many touches.

I even follow up with my old leads once a month.

Every month, I send a text, or use SlyDial to send a voicemail and even send postcards…

And if, by chance, you can’t the answer the phone (even though you should!), you have to call the seller back within 24 hours or you’ll lose the deal.

Instead of negotiating with sellers over the phone, go meet them.

In a competitive market, you need to meet them in person. If you can’t, someone on your team needs to go.

Any time a seller is one of these two things, you need to meet them at their house:

Forget trying to negotiate deals over the phone – especially if they have equity. Drop what you’re doing and go right away. Always.

I always say: You’ll do more deals at the kitchen table by building rapport and trust with the seller.

This is also something I’m pretty firm on and wrote a whole email on recently.

Think of it this way…

If it’s a competitive market and there are already other wholesalers who have lots of deals. What if you became known as the guy with $5M burning a hole in your pocket?

Look, I’ve done this and it works: Focus all your marketing on buyers.

Build an awesome buyers list and then start networking .Talk to everyone you know:

And make sure you also call and email everyone—tell them you’re looking for deals.

Want to know what happens?

They will bring you deals since they know you have the money and you’ll start closing on them.

I have a student who’s just crushing the networking. He gets half his deals from direct mail and half from networking well.

That’s passive networking. Don’t do that.

He’s proactively, deliberately doing strategic networking for deals that aren’t on anyone else’s radar. At Meetups and REIA clubs. And he talks with property managers and says they can manage both sides of deal to get both commissions.

He also puts flyers on people’s car windows while meetings are still happening.

And he emails his contacts weekly.

The final piece to all of this is consistency.

Do what your competition is not doing.